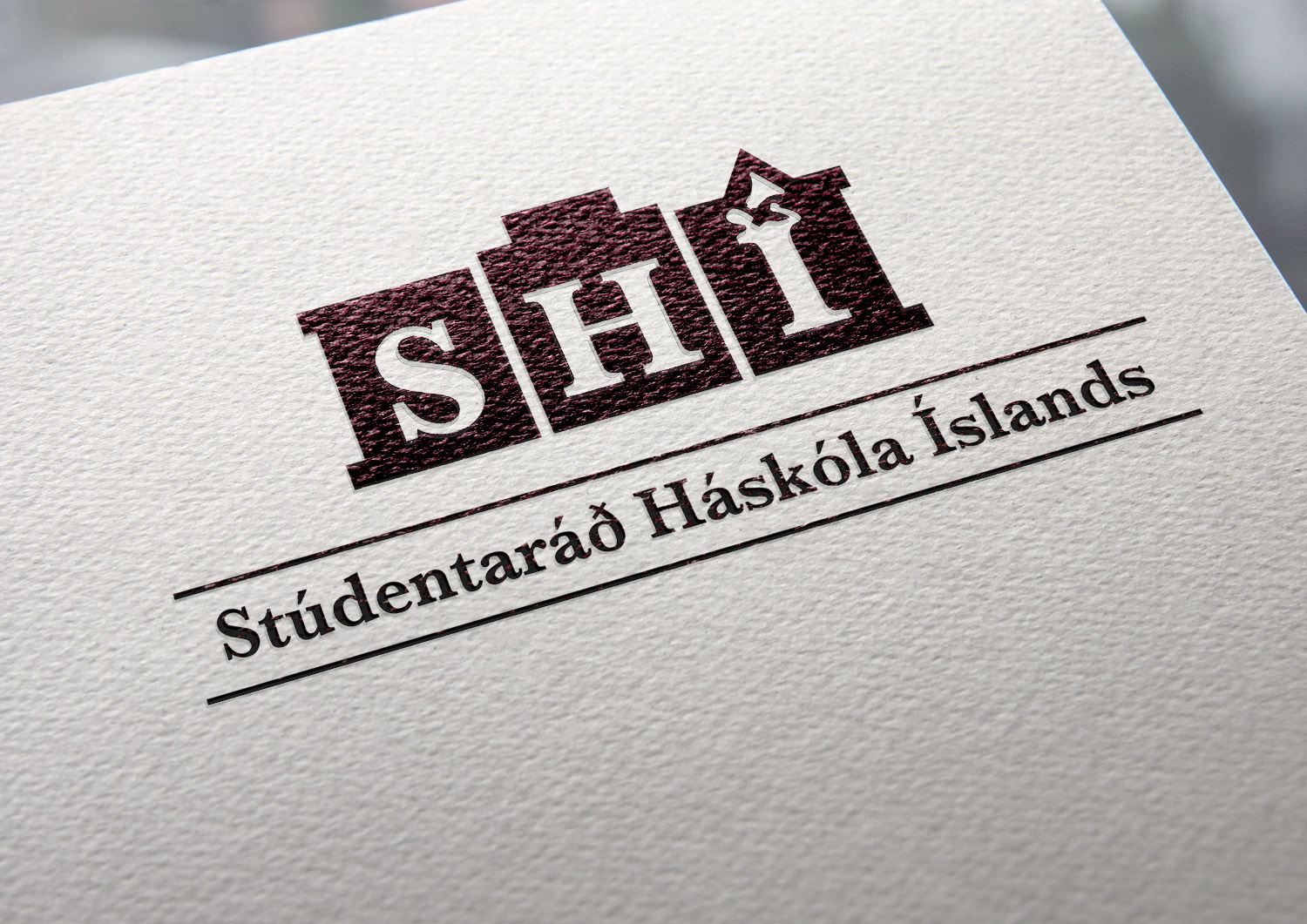 Isabel championed Röskva’s list of candidates in the elections to the Student Council of the University of Iceland and won with the most votes in March 2020. In parallel with her work as President of the Student Council, she has also served on the University Council and will continue to do so next year. Isabel has previously served as a deputy member of the Student Council and the School Councils, in the 2018-2019 operating year she held the position of deputy member of the School Council of Humanities and Social Sciences in the 2019-2020 school year.

Isabel graduated with a BA degree in political science and a minor in Spanish from the University of Iceland in June 2020. In addition to her studies, she worked at the University of Iceland Continuing Education, UNICEF and was the project manager for Language Magic 2017-2018, a summer course for bilingual and multilingual children in Ísafjörður. Isabel graduated from Menntaskólinn á Ísafjörður in 2016 and received three awards for the highest average grades, and was subsequently the fjallkonan of Ísafjörður on June 17, 2016.

“The past year has clearly shown that the voice of students is important, but also that more often than not there is a real need to work for it. The coming year is no less full of challenges, at the same time as we learn lessons from the pandemic, we will continue to deal with its effects. The difficult situation of students on the labor market and within the student loan system are issues that will continue to require careful advocacy as well as the need to resurrect other issues. I am full of enthusiasm, gratitude and anticipation for the coming year. ” says Isabel.

At the election meeting, the following representatives were also elected to the Student Rights Office:

Live Stream party to celebrate the last Student Paper of the school year.

The last Student Paper of the school year comes out on Friday the 23rd of April. Join us in a stream party at 20:00 to celebrate the publication.  There will be a pub quiz with amazing prizes. Stefán Ingvar Vigfússon and Vilhelm Neto from the comedy group VHS will tell some jokes and Kristín Sesselja will perform some songs!
The Paper will be spread in the university area before the event
Everyone’s welcome – see you online, event here.

20:00 The stream opens
20:15 Pub quiz
– Those who wish to compete send their answers to the email studentabladid@hi.is
20:45 Stand-up with Stefáni Ingvari og Vilhelm Neto from the comedy group VHS
21:00 The singer Kristín Sesselja will perform – sponsored by Landsbankinn.

Winners will be announced at the end of the stream

(The stream will mostly be in English)

In collaboration with Amalía Björnsdóttir and Þuríður Jóhannsdóttir, professors at the School of Education, the Student Council presents a survey on students’ experience at the University of Iceland during COVID-19 in the school year 2020–2021. The aim is to continue to monitor the experience and progress of students at the University of Iceland as COVID-19 continues to disrupt traditional learning and teaching.

Questions are related to the epidemic and how changed teaching arrangements have affected learning, finances, and students’ well-being. At the end of the questionnaire, there are some questions about the summer ahead, whether students have found jobs and are interested in summer studies. Participation is very important for us to protect the interests of all students in the best way possible. We ask that you complete the survey by April 28th.

There is no obligation to answer the questionnaire and those who do may choose to omit individual questions as they see fit. The data received during this study will not be cross-referenced with any other databases or datasets.

Last spring, Amalía and Þuríður sent out a survey to all students at the University of Iceland in collaboration with the Division of Academic Affairs to examine students’ experiences during COVID-19. The results have been published in a report and in Tímarit Kennslumiðstöðvar HÍ. 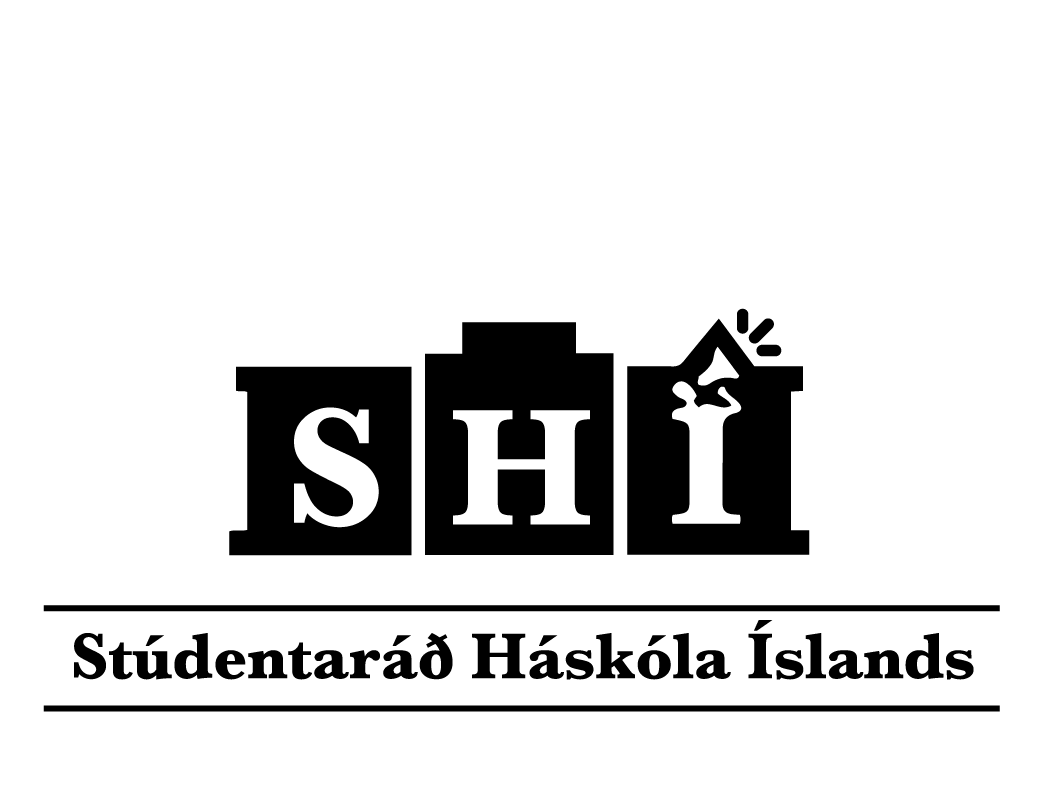 Dear students of the University of Iceland

Elections to the Student Council took place on March 24th and 25th, and election results are in.

Following the elections, a new Student Council elects its representatives for the Student Council’s rights office, as well as electing other members of the Council. The election meeting will be held on  April 21st, 2021, at 17:00 on Teams.

According to paragraph 9 of the Student Council’s laws, the Council’s meetings are open to all students at the University of Iceland. If a student wishes to attend the meeting, a request needs to be sent to shi@hi.is.

The meeting agenda can be found here.

Office Elected at Student Council Office, in accordance with the Council law:

Committees, in accordance with the Council law:

At the election meeting, newly elected representatives of the Student Council can only vote. If candidates are more than the number of positions a proportional vote is necessary. If more than one person is elected in a specific election, the person who receives the most votes wins the position, then the person who comes next, and so on.

Nominations for the positions must be submitted to the chair of the meeting, who is also the President of the Student Council, Isabel Alejandra Díaz, before the election meeting at shi@hi.is or at the meeting itself.

Please contact the office of the Student Council at shi@hi.is if you have questions regarding the meeting agenda.

The Student Council’s next meeting will be held on Teams at 5:00 p.m. the 20th of January. If a student wishes to attend the meeting, a request needs to be sent to shi@hi.is. This is an additional meeting of the Student Council where gambling and addiction will be discussed by professionals, in connection with the University of Iceland’s Lottery.

The agenda can be found here.

The Student Loan Funds Allocation rules for the school year 2021-2022 have been approved by the Minister of Education, Science, and Culture.

The Student Council is surprised to learn that the decision to increase the basic subsistence allowance for subsistence loans was not taken beforehand when the allocation rules were approved. Students have long demanded an increase and have been in repeated contact with the government about the process, therefore the Student Council considers it surprising that student representatives were not informed that an increase, in addition to an increase due to price level changes, would not be ready with the allocation rules yesterday and that a new group would be tasked with working on proposals to that effect before the st of May.

The Student Council hopes that the government will take action and that the proposals result in an increase in the basic subsistence allowance for the next school year. The council also acknowledges SÍNE’s comments regarding the conditions of students abroad and finds it disappointing that SÍNE’s demands are not included in the allocation rules. They whished for a safeguard, for the board of the Fund to check whether students abroad are allowed a local supplement if exchange rate fluctuations are large.

Increase of the personal income limit
The Student Council welcomes that the personal income limit has been increased from 1.364.000KR to 1.411.000KR. It is authorised fivefolded the limit for a student if the student has not been on student loans from the Menntasjóður for the past 6 months. The Student Council believes that the authorization does not apply to all students and reiterates its position that all students should be given the opportunity to apply for a fivefold increase.

Exemption for disability
The condition for exemption for academic progress due to disability is reduced from 75% to 50%. SHÍ believes that this change will increase access to education for those students who are covered by the exemption.

Private pension product paid out in 2021
Applicants for student loans who receive a personal pension savings payment in the year 2021 can request that it be exempted from the calculation of their student loan for the school year 2021-2022.